Its been a few weeks since The Liverpool Wedding Show now and we had intended to write a blog a little sooner, but we have been inundated with enquires since the event!

At the show we had our bridal car The Badsworth alongside the bridesmaids car The Daimler. We also had the rather special Jurassic Park Jeep and Aston Martin DB9. 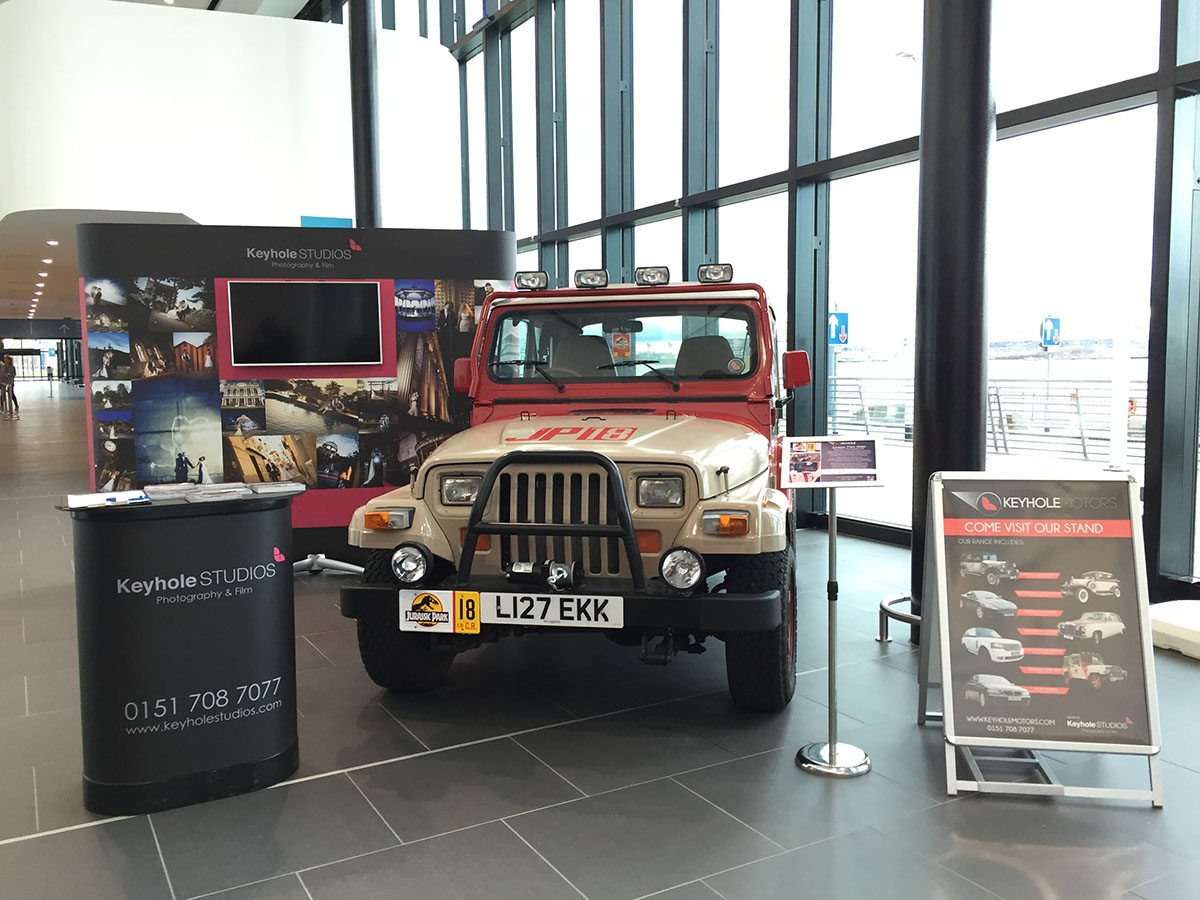 Believe it or not this is the first wedding show we have ever done when both the Badsworth and Daimler have been sat next to each other.
Although they are frequently out on weddings together, for a number of different reasons, mainly logistical, they have never been to a show together.
It was lovely to see them sat proudly next to one another indoors at such a glamorous venue as the Liverpool Exhibition Centre. 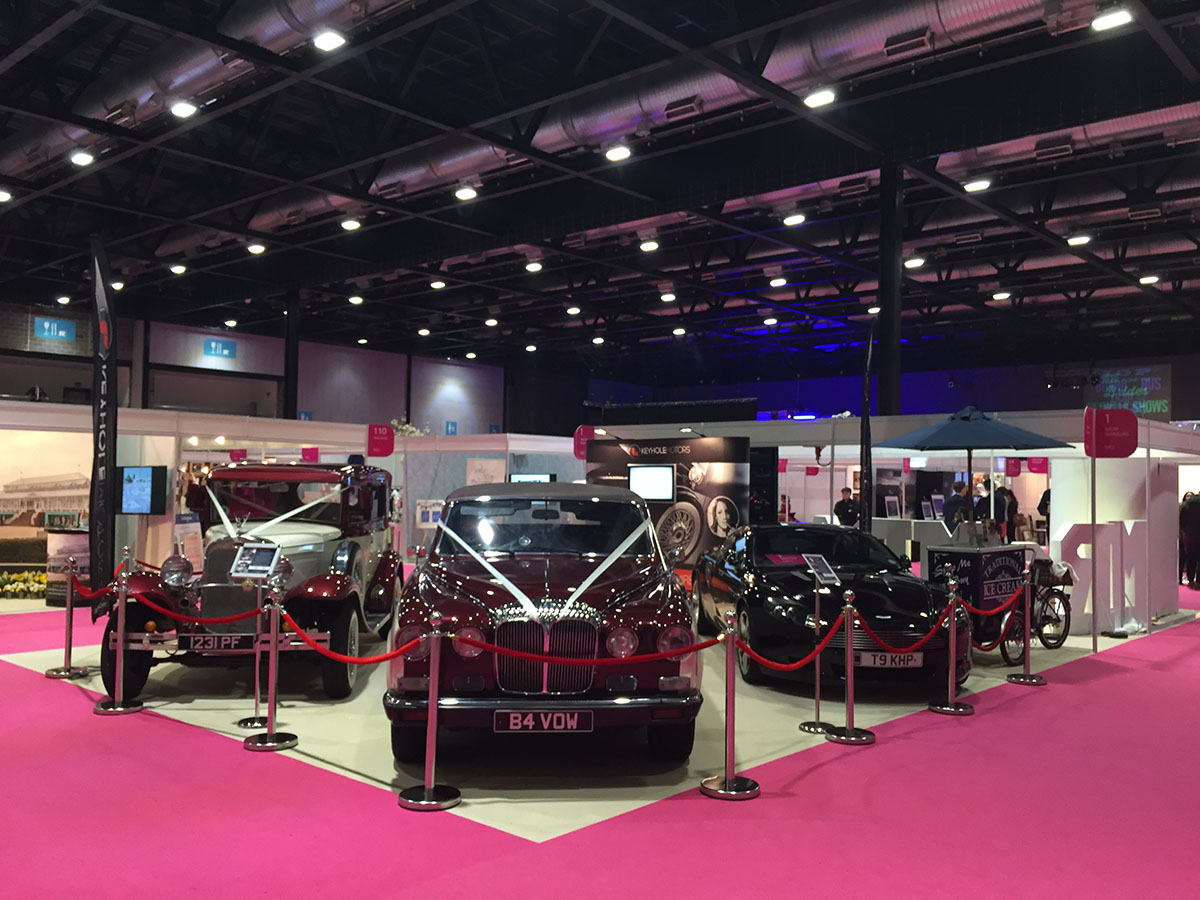 The fact the matching couple were together gave couples a real sense of how grand they actually look in the flesh. This is probably what has lead to so many enquires on the pair.
That said, the next Liverpool Wedding Show will be held in September on the 10th and 11th. Both of these cars have been booked for a wedding over that particular weekend.
This means we will have to bring along our brand new wedding car, The Imperial! 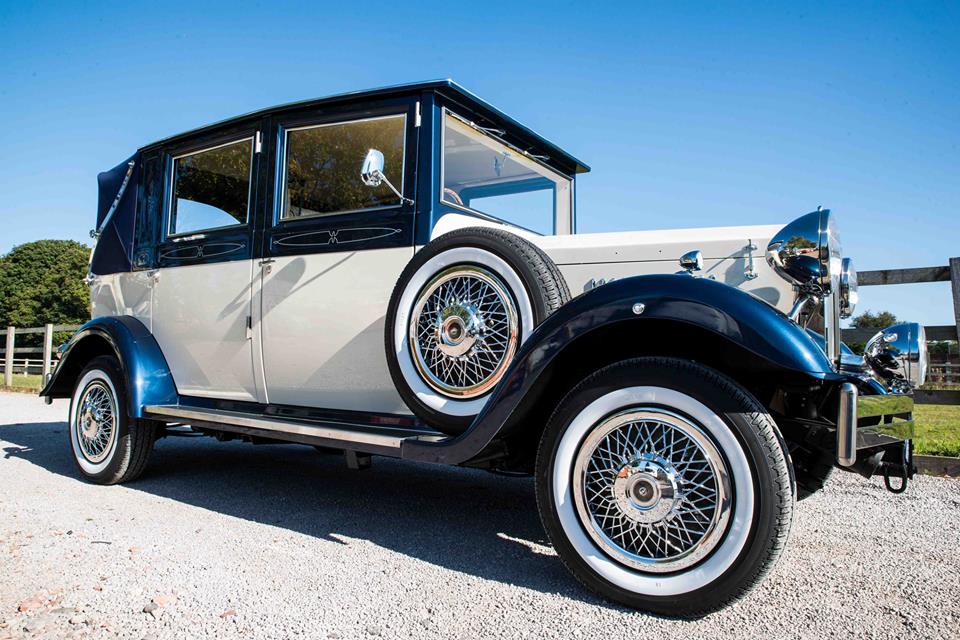 A lot of people have been asking about the matching car we have lined up for the Imperial, and we haven’t yet revealed which model we will be getting.
We have been a little undecided to get another vintage vehicle or go for something modern. The selfish child in me tells me to go with modern luxury, mainly as it will be sat on my drive whilst not in use for the weddings. But the more realistic half of my brain is suggesting a matching style to the classic Imperial.
Time will tell, and we hope to realise the new vehicle in the next couple of months.